When we think of vaccines, what we usually think about is the prevention of diseases like Polio, Small Pox, and Hepatitis. Have you ever thought about a vaccine for dental cavities? Cavities are formed when bacteria that normally exist in your mouth use carbohydrate-containing foods (Candy, fruit soda, etc…) to produce acid. This acid can penetrate the hard surface of your teeth to make those painful, damaging holes that bring you to the dentist.

A new hope exists for a vaccine to prevent cavities. British scientists published a study (May 1998 Nature Medicine) describing a new vaccine that is an effective and painless way to prevent dental cavities. The vaccine was developed by a California-based company called Planet Biotechnology and was tested by a team of researchers at Guy's Hospital Dental School in London. 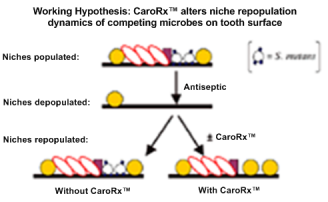 The vaccine, CaroRXTM with plantibodies SlgA, is a plant-derived substance that is painted onto the teeth. The vaccine is said to produce antibodies against the cavity-causing bacteria called Streptococcus mutans. The vaccine was tested on people in a four-month study. The results revealed that a group who received the vaccine had no evidence of the cavity-causing bacteria (S mutants) for up to four months, whereas a placebo group was without the bacteria for only two months. The product is still in the clinical stage testing period.

A Beautiful Smile is Precious and Priceless

Your Mouth up Close and Personal

Your reply has been successfully received.

Thank you for Submitting your request. Our Office will get back to you.